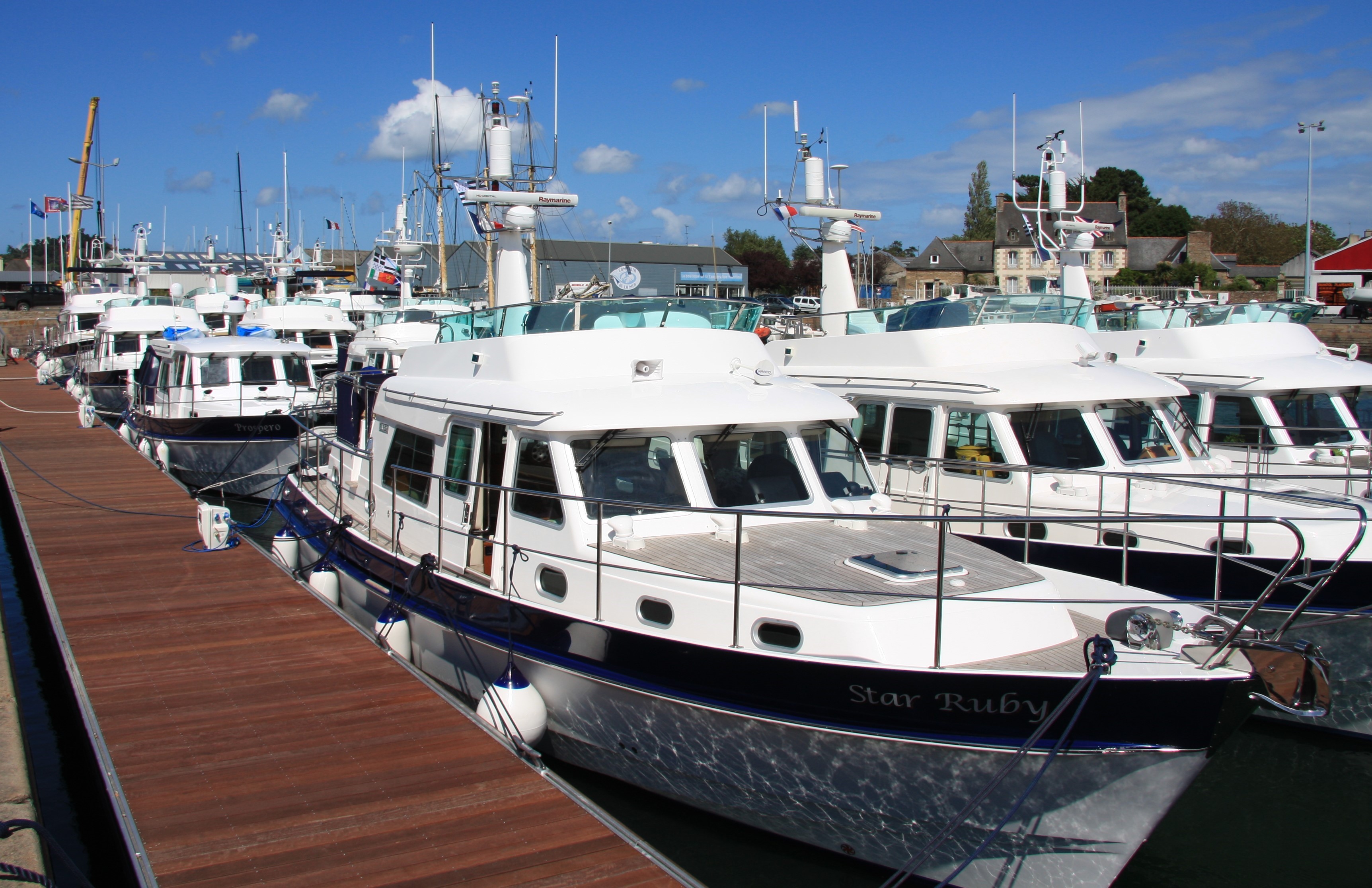 The Hardy Owners Club rally across the English Channel to France a few years ago – can you spot the 10 differences between the 2 photos?  Good luck! 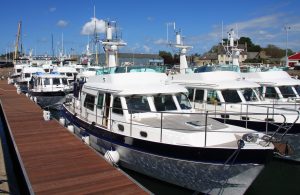 Precise control and monitoring of the onboard systems allowing you to sit back and enjoy the ride!

Whether you are gently cruising along the coast or punching into a head sea, having full control over the vessel and to be able to monitor how the systems are performing from the protection of the helm position is vital.

Every Hardy we build is ‘Designed for Comfort, Built for the Sea’. 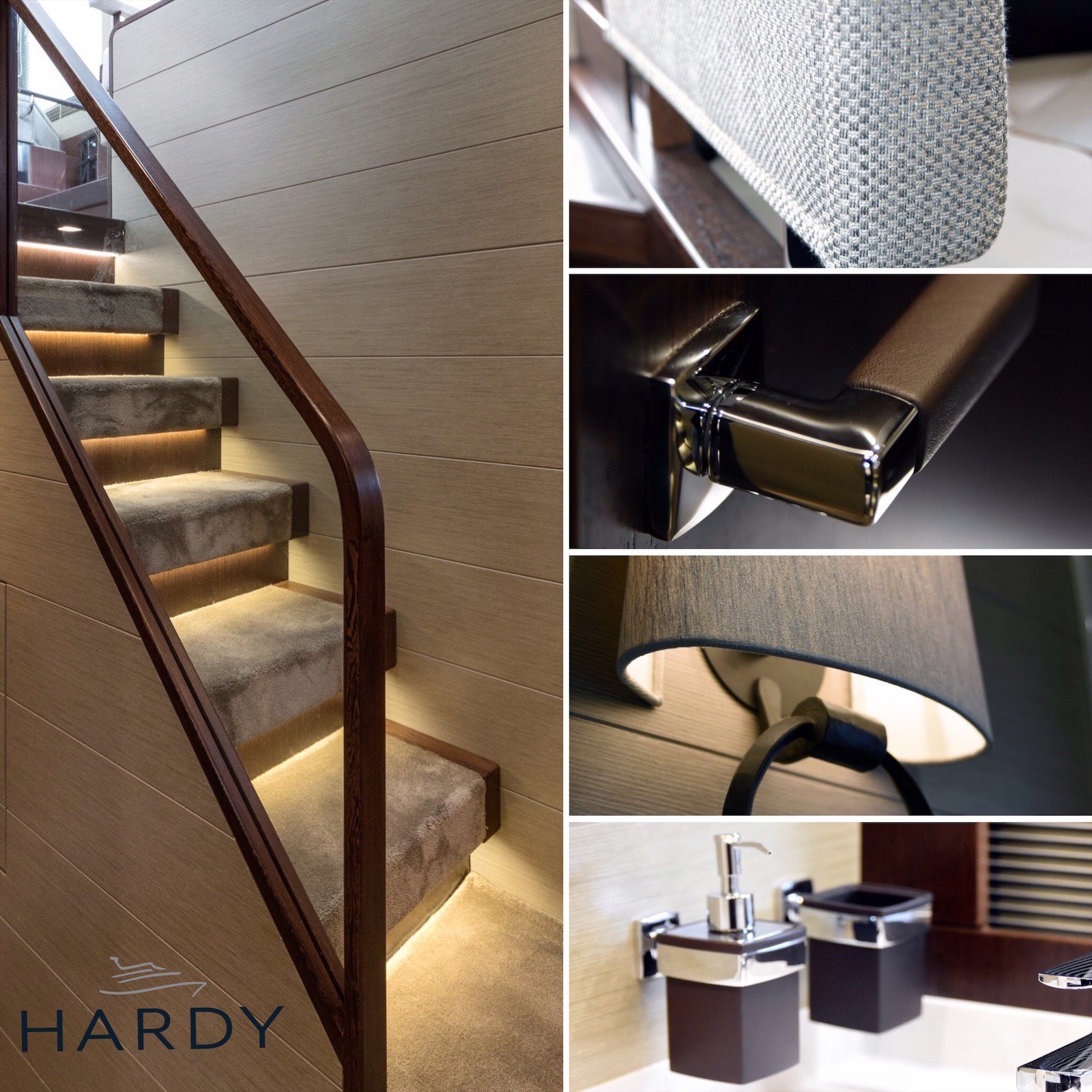 We offer bespoke interiors on all our range of motor yachts, working closely with the client to achieve their individual style, everything from interior joinery species and upholstery, through to lighting, fixtures and fittings.  Alternative layouts are also available to suit cruising requirements with family and friends.  The images are from Hardy 65 ‘Maresia’ which can be viewed here as an example of our work. 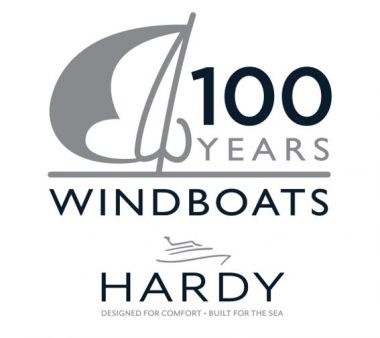 “Windboats diversified once again and in 2013 the company acquired the well-known and highly respected Norfolk motorboat builder Hardy Marine from Len Funnell….”

2020 marks the centenary year of the Windboats name in Norfolk, a boatyard with a rich and interesting history.  Read the full story by clicking on the title below: 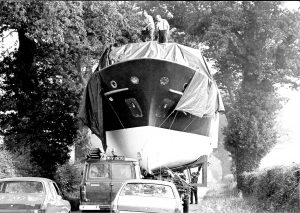 The early years transporting to the sea 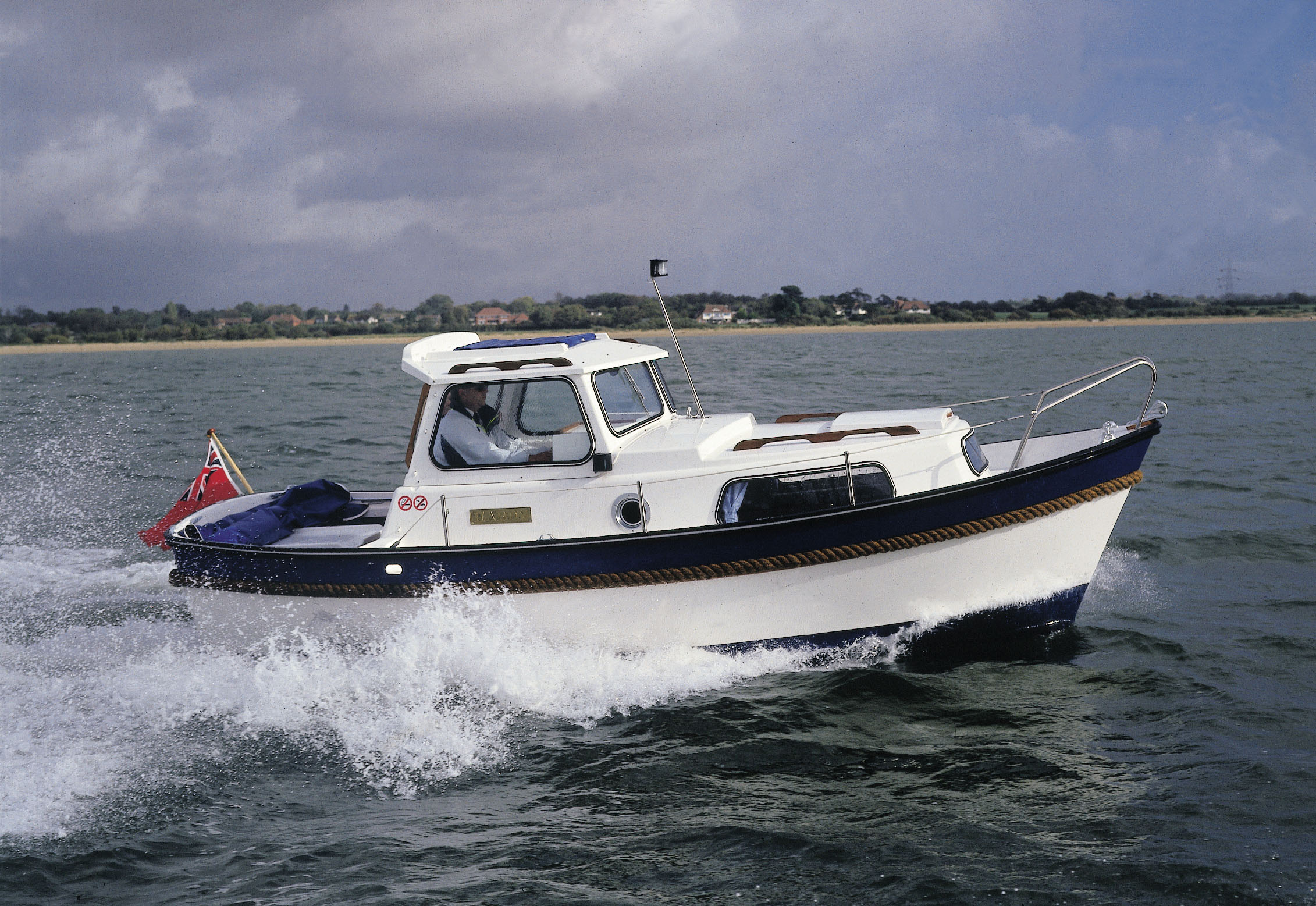 Everyone here at the Hardy yard is saddened to learn of the passing of Colin Mudie RDI CEng FRINA FCSD – designer of the early Hardy range when the company was founded in 1976.  Initially small motor-sailers but soon followed by the ever-popular models such as the Family Pilot 20, Fishing 20, 24 & 27 with their distinctive rope fendering on a wide blue hull stripe.  Close to 4,000 boats of his design were launched during his era with Hardy.

In his 93 years he become known by many within the industry, from his small mass-produced designs through to large tall-ships such as the 23m training brig ‘Royalist’ and the 43m Sail Training Ship ‘Lord Nelson’.  He was also a life Vice President of the RNLI in recognition of his active involvement at local level in Lymington where he lived, along with being an ambassador for the Jubilee Sailing Trust which allows many thousands of people, including those physically disabled, to enjoy the experience of sailing on a tall ship.

A huge loss to the industry, our thoughts are with his family and his many friends. 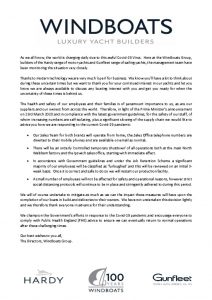